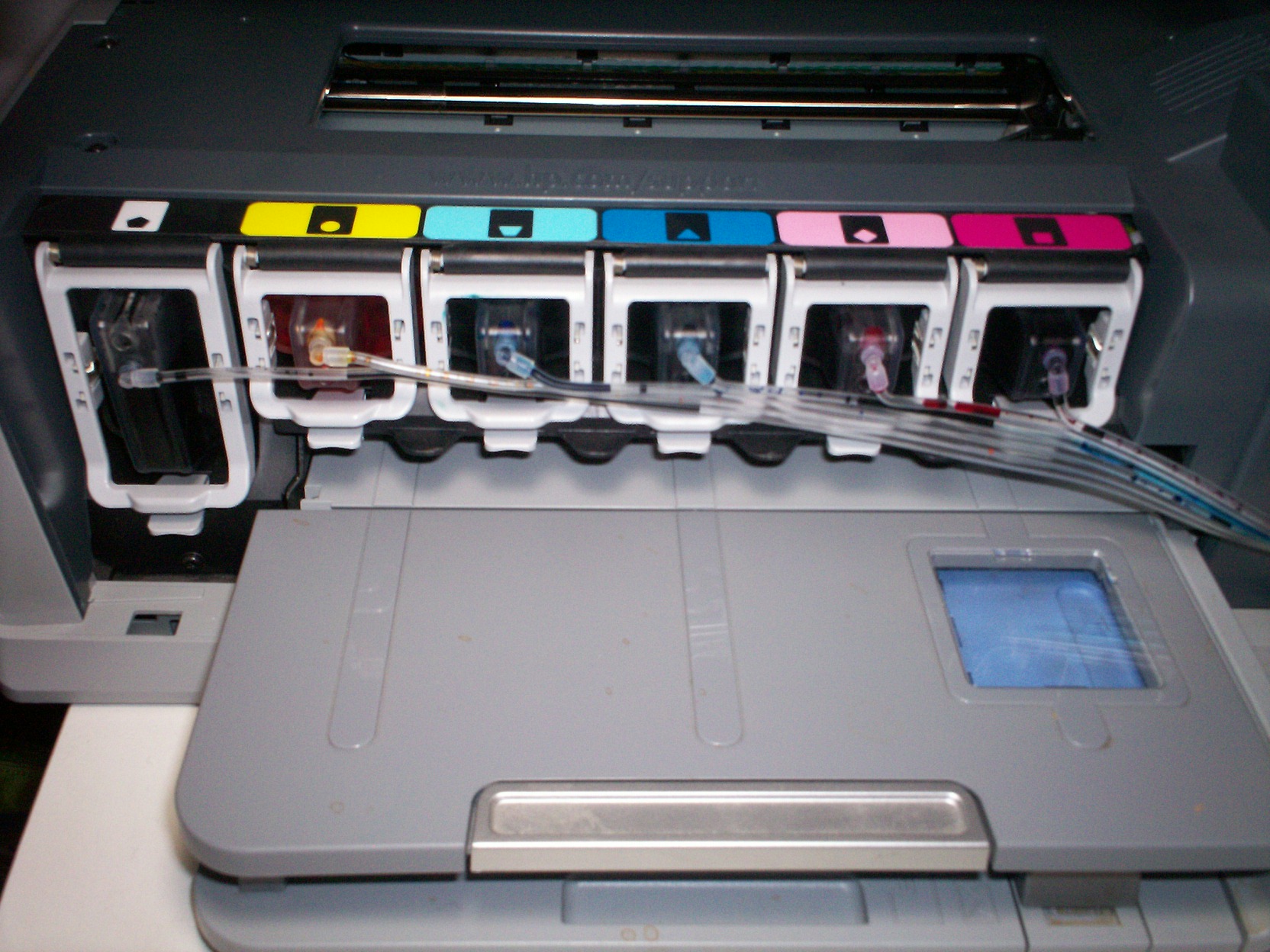 Having been thoroughly satisfied with prior HP printer experiences, I made the mistake of purchasing a brand new HP Photosmart c7280. I’m a big fan of these all-in-one devices. I especially like having a WiFi interface, and scanning to a USB disk as opposed to some ridiculous TWAIN protocol is such a great idea it’s hard to imagine why some devices still don’t support it. But all the things I love about this printer are outweighed by the horrible ink system.

Lets start with the most obvious problem with these ink cartridges. They’re way too small, the color cartridges are only 11 mL. I’ve seen claims that they can yield up to 500 pages. I have no data to argue with that figure, but I can tell you it seems very high compared to what I’ve seen. 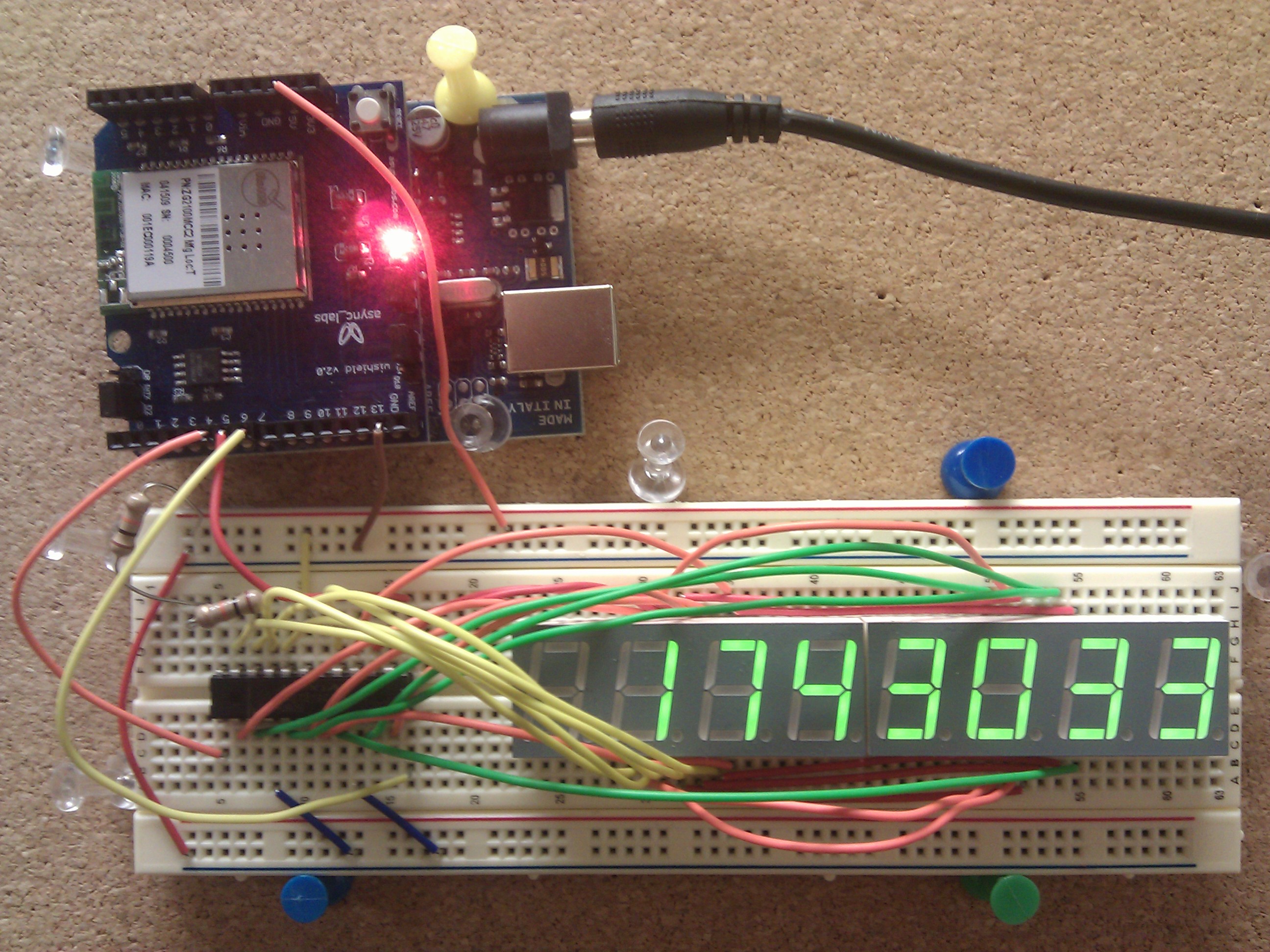 For this project, I wanted to build a device capable of displaying up to 8 digits on a seven segment display. Sounds easy, right? The catch is, I wanted to retrieve these digits from the Internet over WiFi.

I took this opportunity to try out the ever-popular Arduino platform. Arduino turned out to be a good choice for this project for several because it has:

“To be honest, I was a little surprised it didn’t happen earlier,” was a common sentiment directed toward me as news spread that I was leaving the Fresno Bee. I had been carefully scanning job listings every day for at least a year and occasionally applying for one that seemed like a good fit. As time wore on, I become more and more aware of how lucky I was to have found the kind of job I did find in Fresno. I can count on one hand the number of Fresno-based job openings that piqued my interest over the course of a full year. None of them excited me enough to leave a perfectly good job at the Bee.

Strangely enough, my small effort in packaging uWSGI for Ubuntu was what prompted some communication with a RightScale employee who encouraged me to apply for a position. I almost didn’t because I’ve grown so attached to my friends and family in Fresno, but the reality of my situation was apparent. If I wanted an exciting job with lots of growth potential, I would have to move.

The Fresno Bee was a great employer. It had fostered the growth of my skills and talents, my supervisors had always been kind and flexible, but the time has come for me to either move on to pursue growth or settle down in Fresno. I think I’m too young to settle down.

RightScale provides me with a new set of opportunities to really push the limits of technology and I am very excited to start work tomorrow.

Inspired by Justin Lilly, I spent some time looking at various ways of running python web applications with an eye to performance. Nicholas Piël has done some great work testing and documenting many of them. Gevent looks like a great option as does CherryPy, but uWSGI caught my eye because it provides an nginx module and I’m already running lots of nginx. Since its fairly new, my stock nginx from the Ubuntu Karmic repository doesn’t come with uWSGI, but compiling it in is trivial.

So I’ve added uwsgi and nginx + uwsgi to my launchpad ppa for anyone out there who’d like to give it a spin on Karmic. My initial impressions are very positive. If you want to try it out, you can add my ppa to your apt sources and simply run: