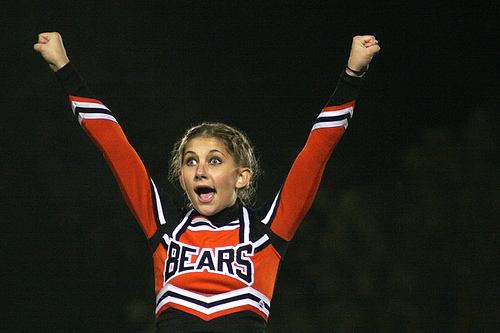 This web server runs some version of CentOS which has somehow become very popular among hosting providers and apache 2.x with mod_php. Since this was my first major stab at apache performance tuning, I decided to fire up the official documentation which incidentally has a section on performance tuning. With the documentation open in one window and httpd.conf open in another, I started systematically disabling modules that I didn’t think were being used. After disabling a handful of modules, I’d force-reload apache and check to see if anything had broken. This is what I ended up with:

I might be able to trim these run-time modules even further, but I was already feeling satisfied here since I cut it down by about 50%, at least in terms of sheer number of loaded modules. That was a good start, and improved the memory footprint on each spawned apache process, but didn’t seem to make a noticeable performance difference which makes sense because the server wasn’t ever low on memory.

Just for the sake of comparison I hard-refreshed the front page a number of times before running through the YSlow checklist. The page consistently took 15-25 seconds to load.

YSlow revealed the big problems. The first suggestion was excellent.

Good idea, but my friend’s company is cheap, really cheap. There’s no way they’re about to shell out an extra dime for a good content delivery network.

Now that’s a practical and very easy thing to do. It turns out that many web browsers are not as liberal with their caching policy over the https schema. I added this snippet to the virtual host which informs the web browser that it can hold onto a cached copy of these files for a little while rather than requesting new ones on every page load. I decided on 7 days for javascript and stylesheets, and a month for images.

That one change made a drastic difference. After logging in, the application home page used to weigh in at 704.8KiB in all. Most of this stuff was being loaded on every single page view. Now (after priming the cache), its only 199.7. That’s a 353% decrease in the amount of data that must be loaded. That number alone is huge, but the performance increases are far beyond that because of the way browsers handle concurrent downloads, and especially concurrent javascript loading.

This is one that really suprised me. I had no idea that gzipping components could make such a drastic difference. I had always thought that gzipping site components was only for trying to squeeze every last ounce of performance out of low-bandwidth connections. It turns out that enabling gzip compression on a few key files took their effective sizes down by about an order of magnitude. Take for example the actual front html page which was 199.7KiB during testing. Gzip was able to take it down to 19.2KiB. Here are some magical statements straight from the apache documentation:

This basically instructs apache to gzip everything except images while respecting certain browser quirkiness. I don’t care to research exactly what all that Netscape 4.x quirkiness is about; I think I’ll just trust the apache doc writers. Maybe I’ll just take that out actually because seriously, who’s using Netscape 4.x anyway?

Now cache-primed 19.2KiB front page loads are minuscule in when compared with the former 704.8KiB behemoths, and let me tell you, this web site is screaming now. The front page loads take anywhere from 0.5-4 seconds. I’m not sure why that range is so large, but I am sure that the CRM users will be much happier the next time they log in.