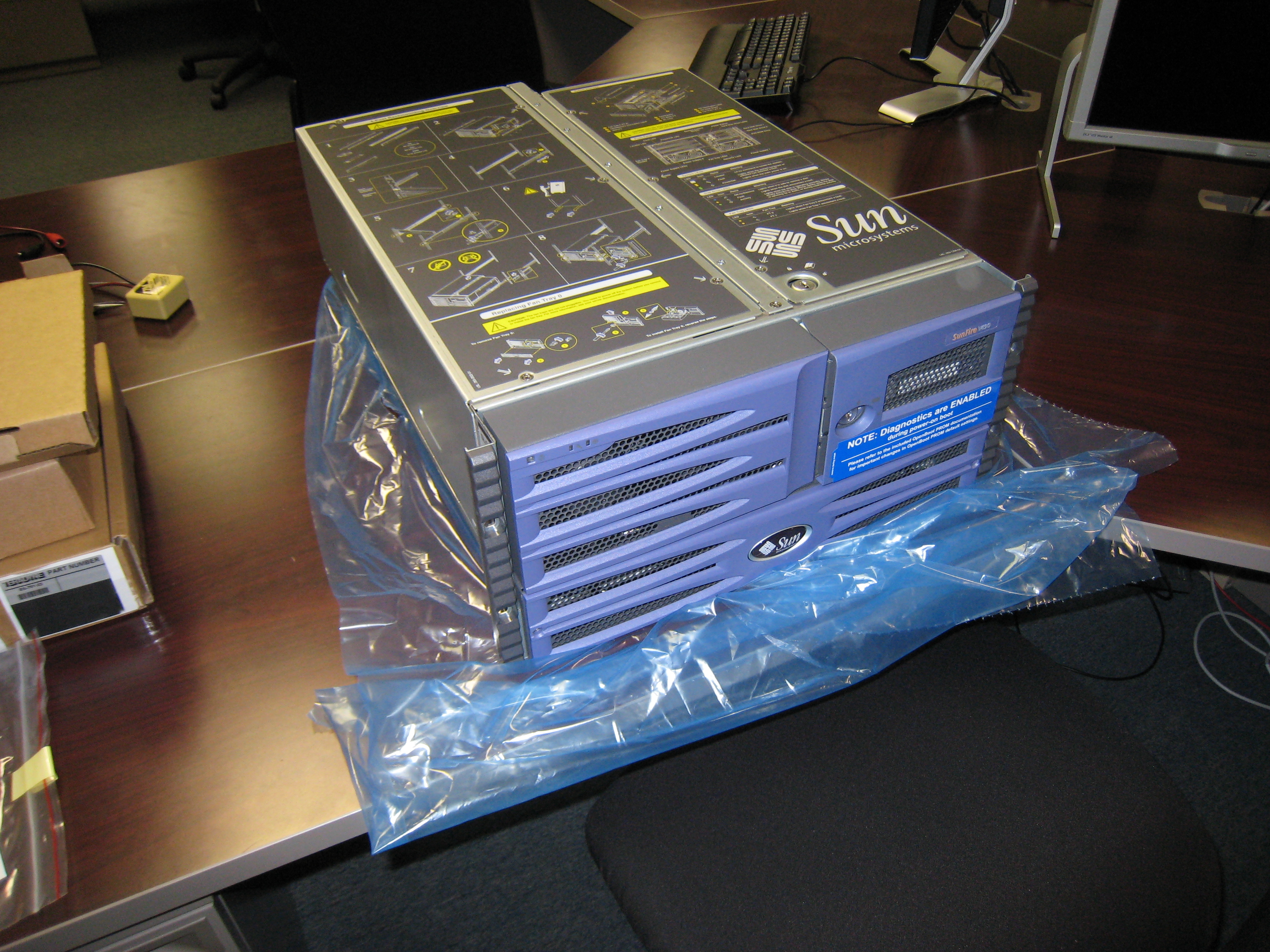 Then I found these instructions for installing Ubuntu for Sparc from the Ubuntu community documentation site. The instructions mentioned an OBP related firmware update that would allow me to specify arguments to the network boot script. That way, I could just tell it where to grab the boot image.

First I downloaded the latest firmware from Sun to my desktop, then I logged onto the SunFire and used SCP to transfer the zip file from my desktop to the SunFire. I unzipped it to / and headed back to standby mode. Then I entered “boot disk /flash-update-SunFire240” (the path to the firmware update) and when the machine rebooted, I was able to specify the additional arguments to boot net.

Supposedly this would work over plain http, but I already had the boot image ready to go on a TFTP server. Entering these lines from standby mode allowed me to boot the debian “net Install” image which weighs in at just over 8MiB.

The only other major issue I ran into was this scary little SILO error which had me worried that I’d just wasted two hours on a botched install.

This bug report reassured me slightly, so I restarted the SunFire using the power switch, and there it was in all its etchy glory!