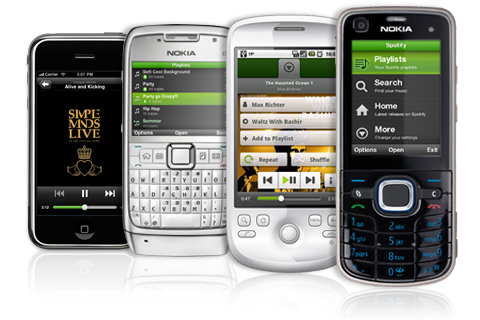 In the mobile arena, there isn’t much in the way of legacy software to support so there’s no advantage given to systems that support legacy software. Since hardware manufacturer’s ensure their hardware support is excellent and aren’t required to support much in the way of third-party hardware there’s no advantage given to systems that have widely available device drivers. This has for many reasons been a typical sticky point for open source systems and hardware manufacturers who don’t want to spend time writing device drivers for a tiny fraction of their users. End-user’s don’t generally need to spend a lot of time accessing support services because mobile systems are generally very simple and don’t require the same level of support as desktop systems. So there’s very little advantage given to systems that come with excellent support.

Advantages are given to systems that don’t require a user to start from a blank slate and reenter all their contacts, but there’s no clear winner here. Advantages are also given to systems that make integrating with other systems easy. The clear winner here is open source. The only real advantage I see for close source systems is the small head start they have on their open source counterparts. It’s going to be interesting to see how this all plays out in an arena which forces Apple and Microsoft to play a different kind of ball game where they’re not given an enormous advantage over open source. May the best systems win.